The Granada cards are nominative and your ID will be required when visiting the Alhambra.

When to visit the areas of the Alhambra included in each modality of Granada card?

You can only visit ONCE time at the chosen day previously.

The 3 zones that can be visited in the Alhambra and Generalife are:

Alcazaba: A citadel within the monument complex. The Torre de la Vela (The Watchtower) stands out.

Nasrid Palaces: This is the palace area. Be sure to see the Courtyard of the Lions.

Generalife: The summer palace and farm. The Water Garden Courtyard is unforgettable.

The three areas are separate from each other, with their own entrance gate and controlled access.

The three areas can be visited the chosen day during the opening time.

The Nasrid Palaces will be visited according to the time slot selected during the reservation process.

There are no guided tours because tickets to the Alhambra do not include them.

The GRANADA CARD does not include:

The GRANADA CARD has its own quota of passes for the Alhambra. There is a possibility that individual tickets are sold out and yet passes are still available with the GRANADA CARD.

Approximated outline of the ares included in each type of visit. 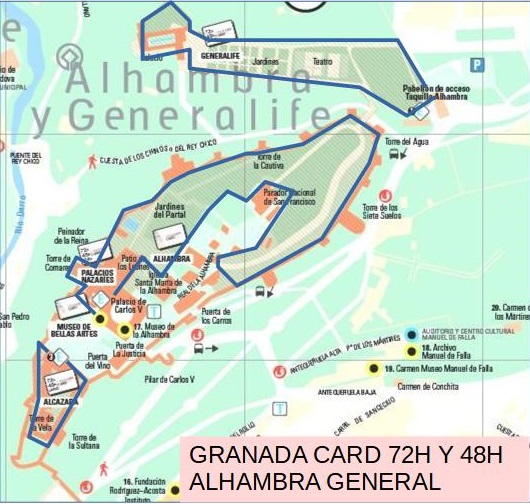 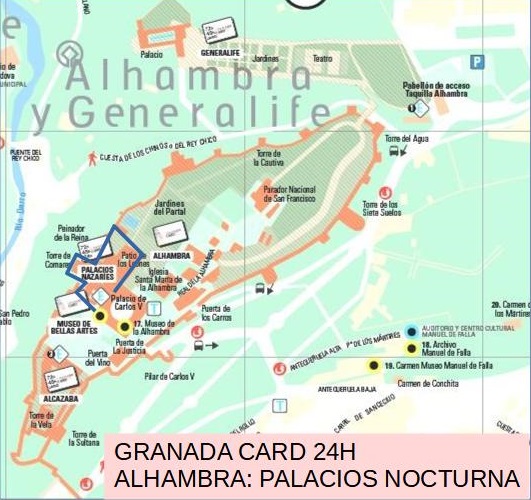 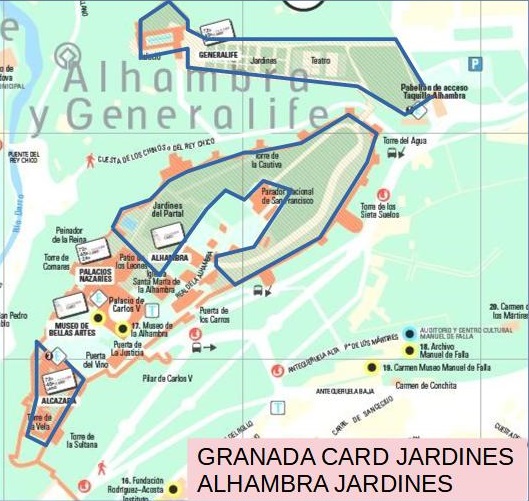